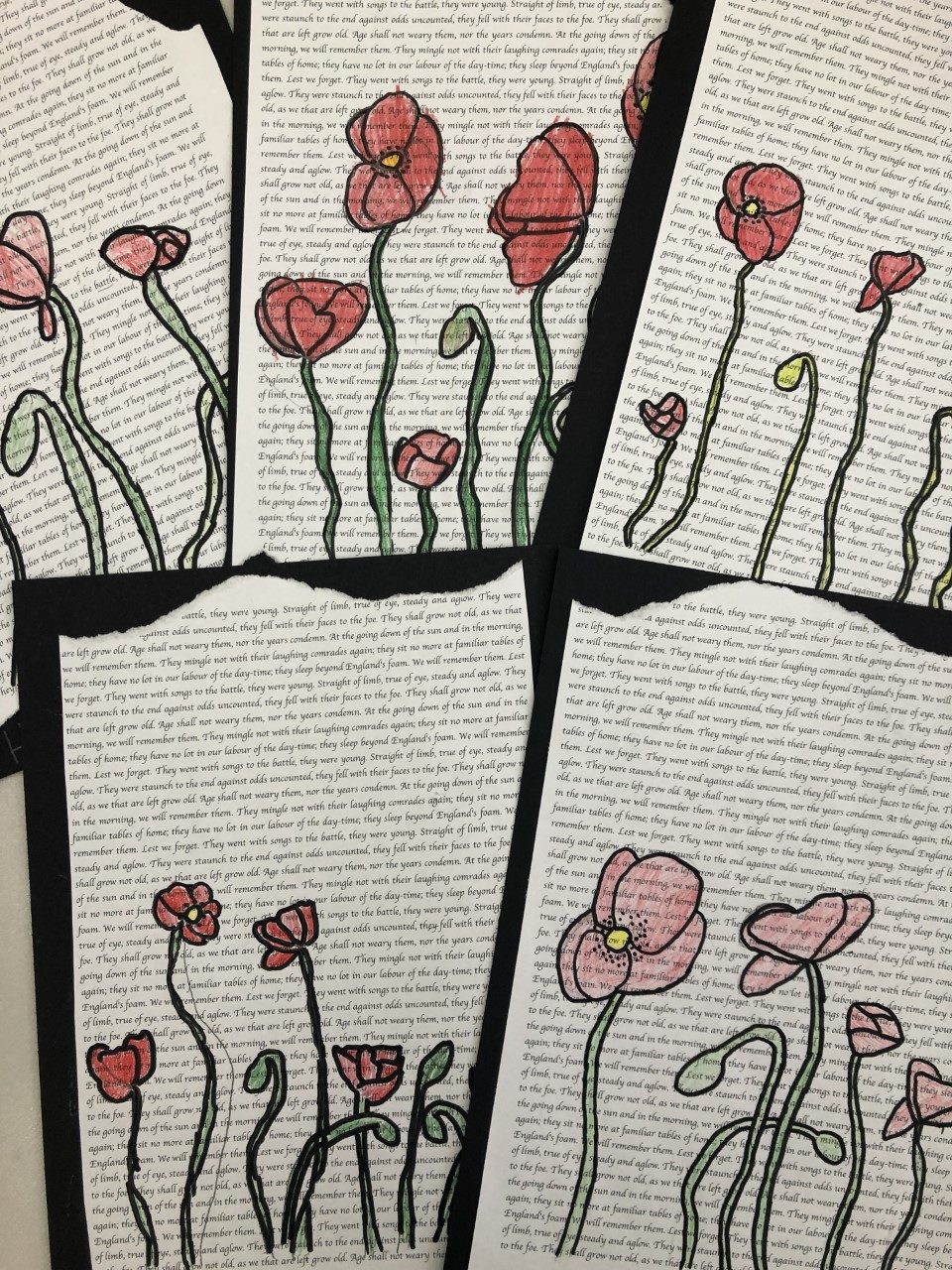 Red Poppy—commemorates those who sacrificed their lives in World War One and conflicts that followed. The red poppy represents remembrance and hope.

Purple Poppy—Remembers the animal victims of war. Animals like horses, dogs and pigeons were often drafted into the war effort. In particular, many horses were killed or injured in World War One.

Black Poppy – Remembers the African, black and Caribbean communities’ contribution to the war effort – as servicemen and servicewomen, and as civilians.

White Poppy – commemorates people who died in conflict, but focuses on achieving peace and challenging the way we look at war.