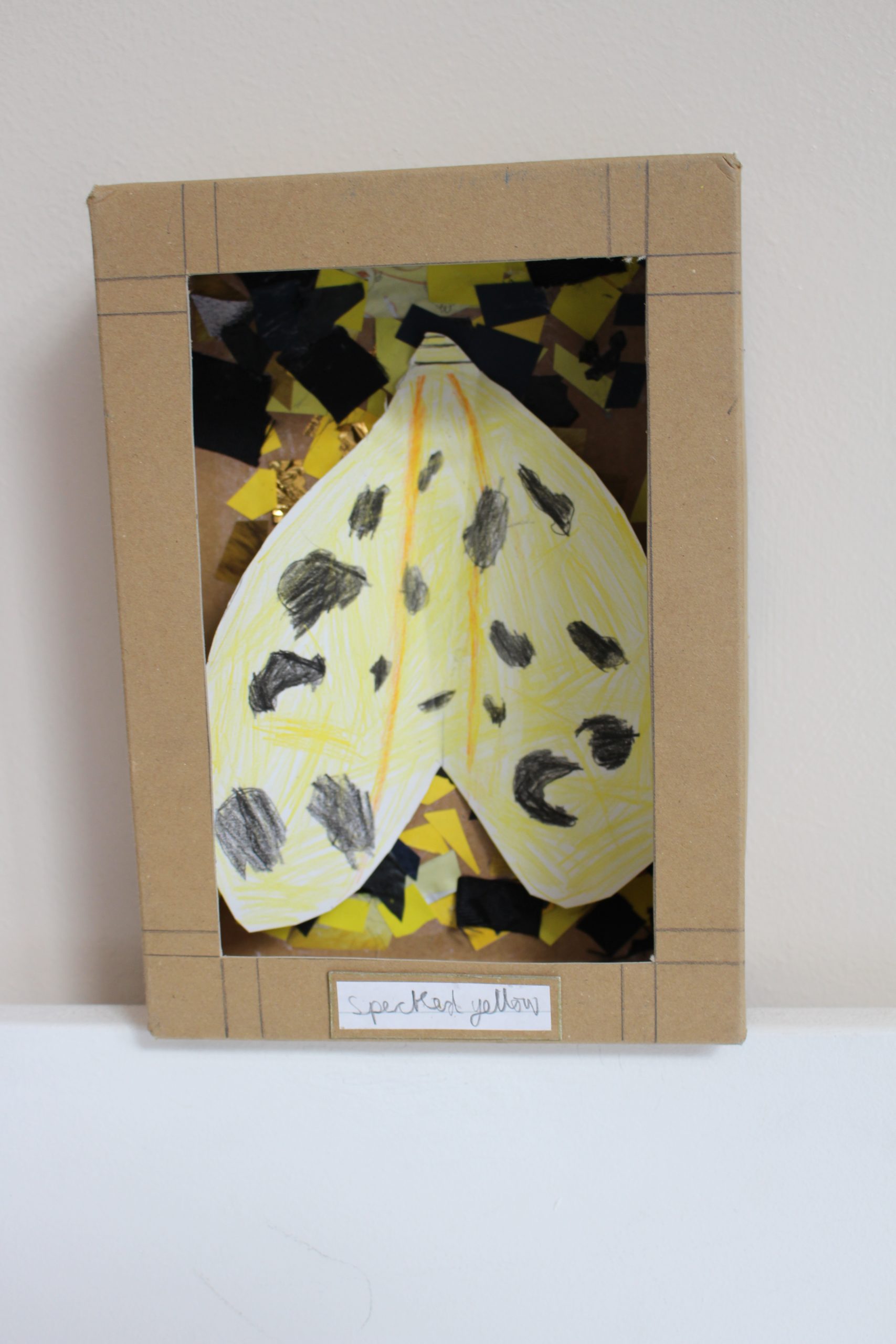 What we did: The Christ Church children carried out research into the importance of biodiversity and the role of different UK moths. Each of the class chose a different one to focus on for their artwork, which are on display. They collected various materials with different colours and textures to match their moth. The moths were set into the brown boxes and camouflaged against the interiors. All the materials we used were recycled or biodegradable.

Why we chose the theme: All moths in the UK are declining in numbers. Studies have found the overall number of moths has decreased by 28% since 1968. The situation is particularly bad in southern Britain, where moth numbers are down by 40%. Many individual species have declined dramatically in recent decades and over 60 became extinct in the 20th century.

So far there have already been some winners and some losers as a result of climate change. One moth which has suffered is the beautiful Garden Tiger.

It is hard to predict exactly what will happen to our native moths as result of climate change. For this reason it is vital that we give moths and other wildlife even more help through various conservation efforts, as well as trying to reduce our carbon emissions to limit the speed of change.

Everyone is familiar with migratory birds flying into Britain, but did you know that moths migrate here too? Surprisingly for such flimsy looking insects, some of the moths commonly see in our gardens may have travelled from places as far away as North Africa!